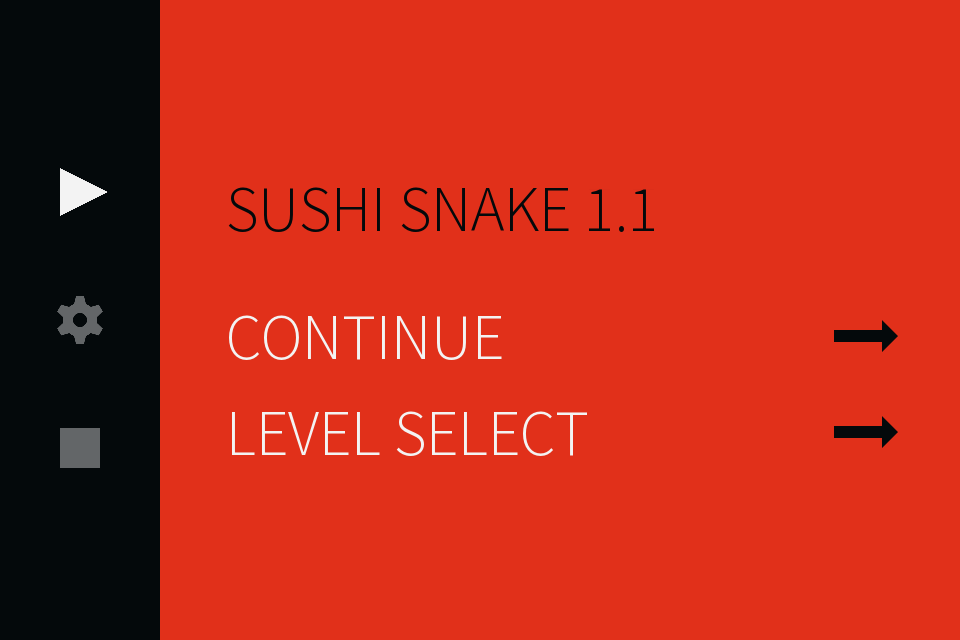 You control a snake, or more precisely a "sushi" snake. Don't ask, it's a long story.

The basic rule is: eat all the pills. 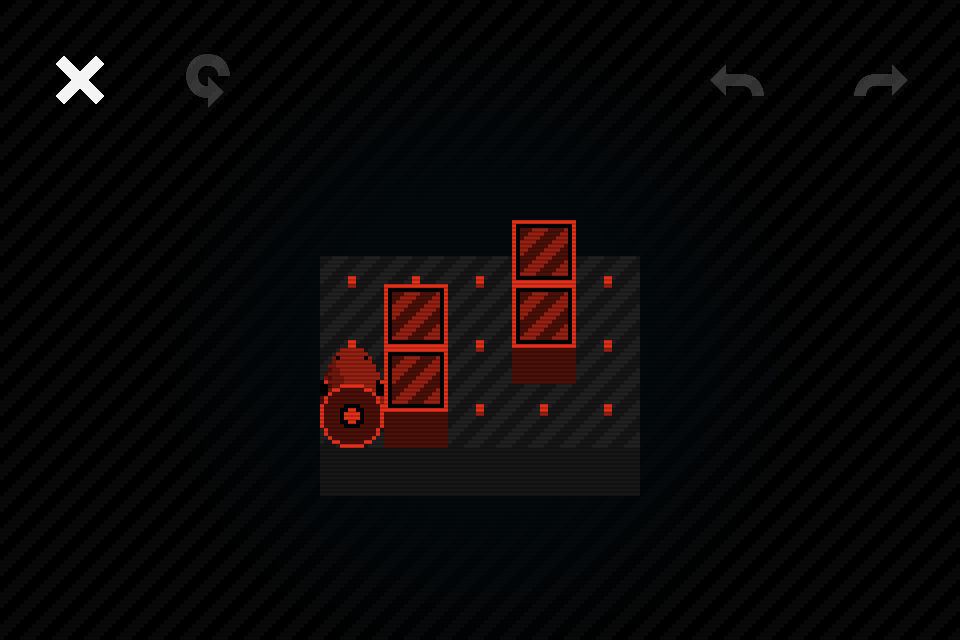 It's not clear from this first image, but as you eat the dots, the snake grows longer. In this case, since there is a pill in every space, the "tail" of the snake will remain where it is, and the body will just get longer. This means that you can pass on every tile only once.

There are also puzzles with empty spaces between the pills. In those cases the tail will follow the body, so you can pass again on the same tile provided that the tail has moved away. 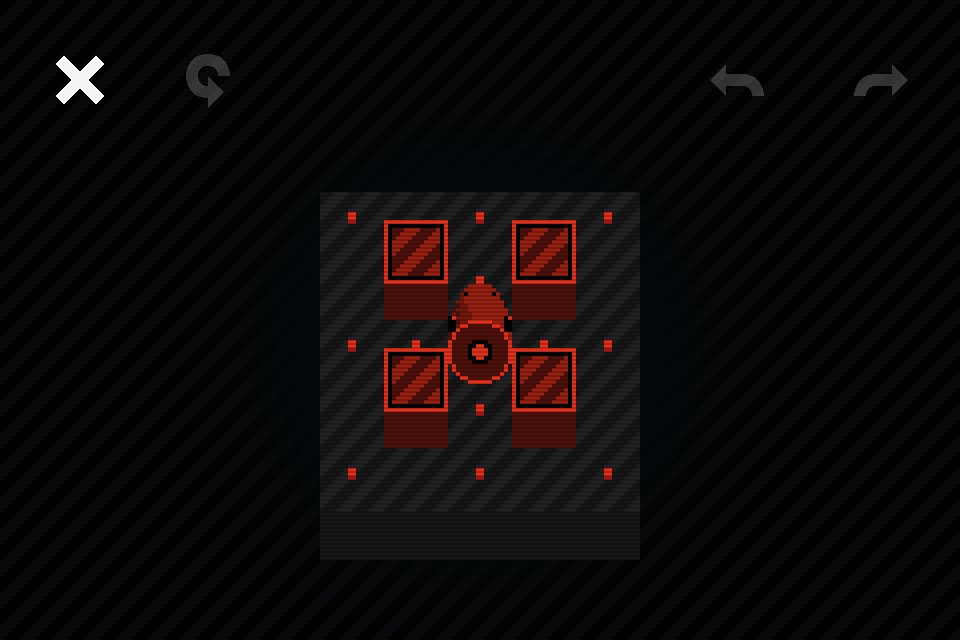 Everyone will say it's like that Snake game which could be played on prehistoric phones (you know, the ones that had—gasp—a keypad) but for me it will always be Nibbler, which was one of the first games I emulated (MAME 0.10 no less, released on 13 March 1997. It's been a while).

But enough digression. Pills and walls can have multiple colors. The snake changes color to the color of the last pill eaten. 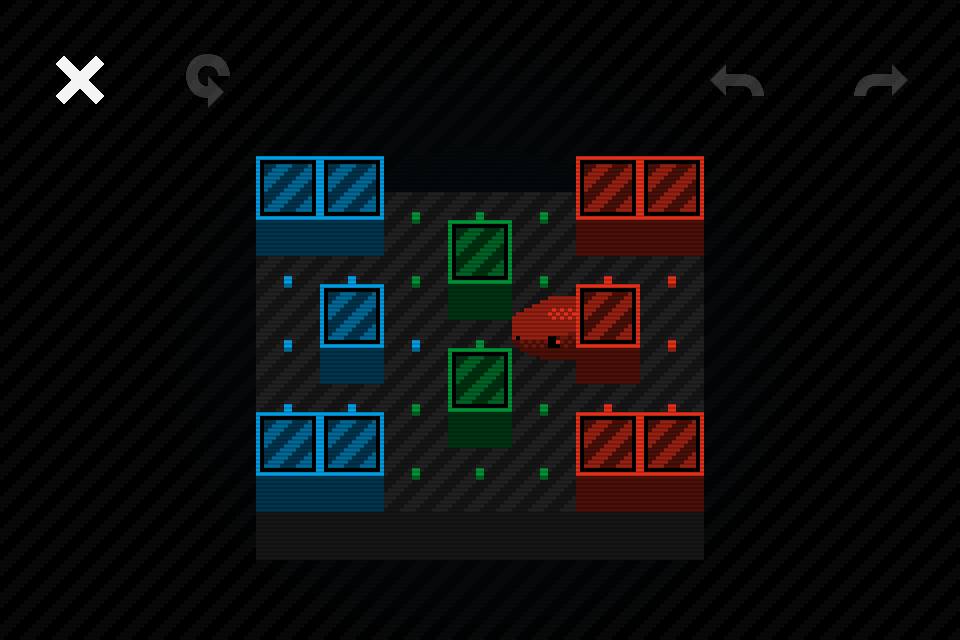 And here is the bizarre thing: the snake can actually eat the walls. But only if they are of a different color. 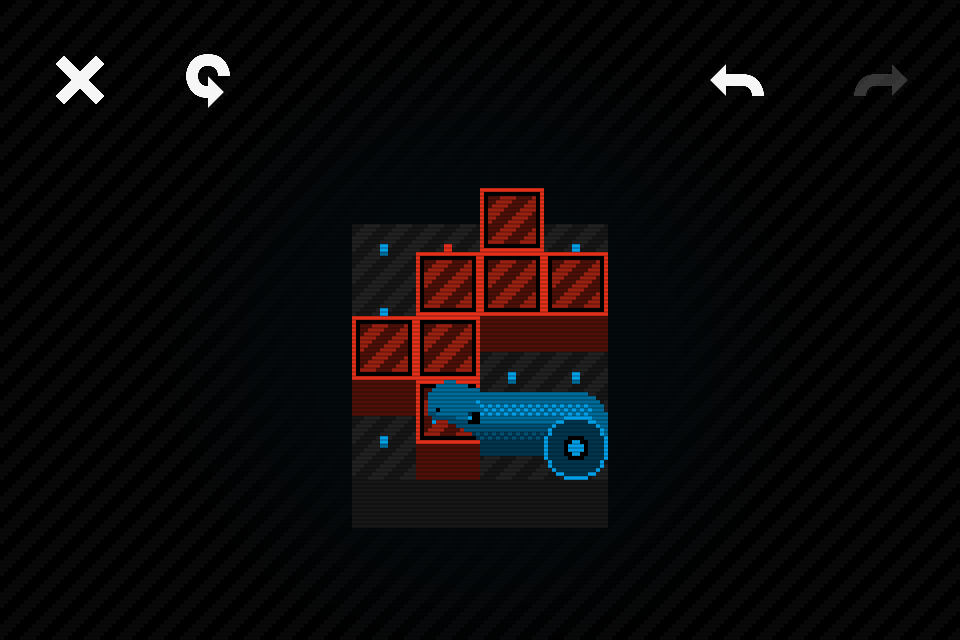 There are also puzzles with multiple snakes, where things get really complicated. All of the snakes move together in the same direction, unless they are blocked. The wicked part is that a snake can eat another snake (provided it's a different color). 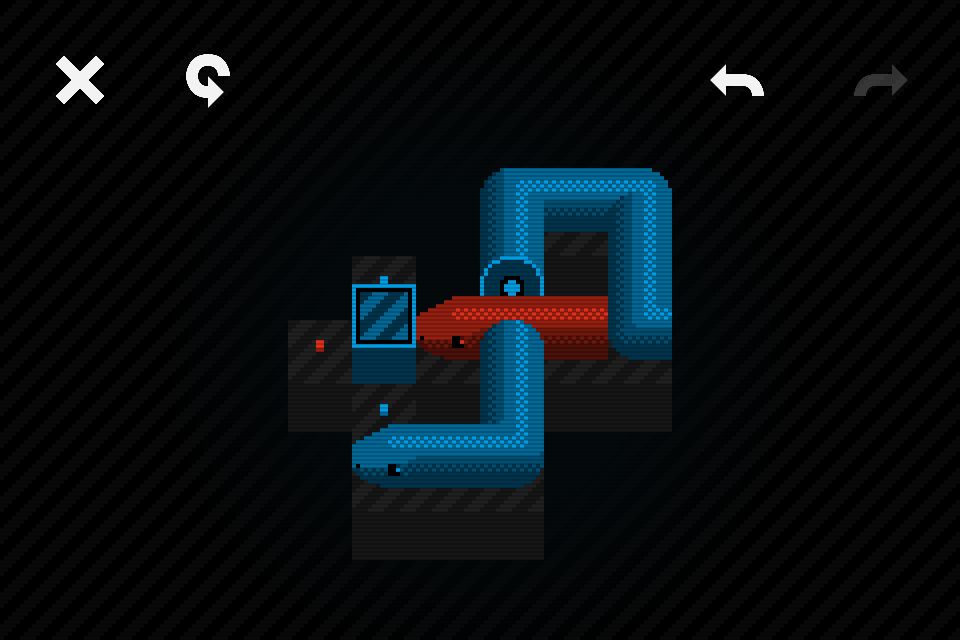 The puzzles are usually small but complicated. The movement rules are restrictive, e.g. you cannot change direction while you are eating a wall, which limits your possibilities. In many cases, you can find the solution by logically excluding all other possibilities.

The input handling doesn't seem to be perfect. I often moved the snake one step too far. That's not a big problem because there's an undo button to fix any mistake.

I'm not fond of pixel art, so I didn't particularly like the graphics, which I also found a bit confising. Also, there is no animation for the snake movement, it just instantly moves by one step at a time, so it is a bit jarring.
Most importantly, the play area is very small compared to the screen size: I would have liked it to fill more of the screen, especially on iPhone.

As you can see in the Twitter feed, the game is currently on sale, so if you're interested get it now. Follow me if you don't want to miss these notifications.


©2014 Nicola Salmoria. Unauthorized use and/or duplication without express and written permission is strictly prohibited. Excerpts and links may be used, provided that full and clear credit is given to Nicola Salmoria and nontrivialgames.blogspot.com with appropriate and specific direction to the original content.
Posted by Nicola at 9:43 PM