Sia Sola is a board game invented by Oliver Schaudt and produced by Clemens Gerhards KG. It is a sequential movement puzzle with clever mechanics, and on the App Store there is not one, but two versions of it:

Neither of the apps seems to be an official port, but they both credit Oliver Schaudt for the idea. 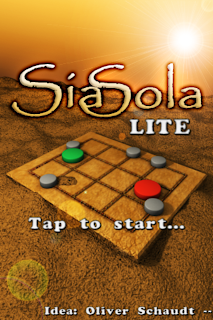 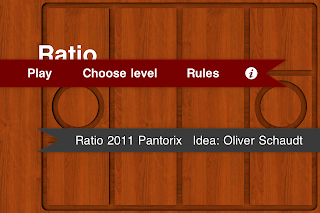 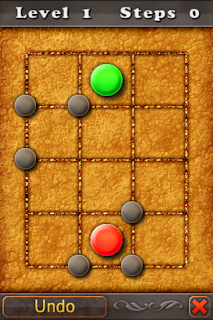 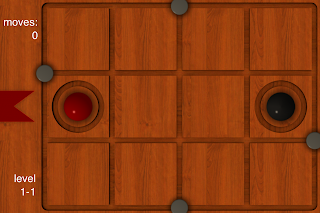 The clever part of the mechanics is the role that the small stones have on the moves you can make. As is clearly explained in the instructions, you can move a stone through a side only if there is exactly one small stone on that side. 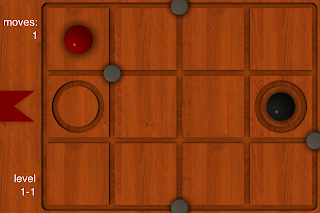 Effectively this means that you need to find your way through a maze which changes shape every time you move.

The puzzles are challenging; a lot more than it might seem at first sight. There is some sort of parity involved, but due to the two-dimensional movement of the small stones, it's more complicated than that. More often than not, when the solution seems close at hand, you find all your paths blocked and need to trace back.

In terms of user interface and content, I think neither Sia Sola nor Ratio is perfect.
Ratio has 32 puzzles, split across 4 difficulty levels, so I think it's a verbatim copy of the official game. Sia Sola has 50 puzzles.
Ratio is missing information about the optimal number of moves to solve each puzzle.
In Sia Sola you can move only with drag&drop, in Ratio you can move both with drag&drop and by tapping the destination square. I prefer the latter.
Ratio has a smooth and elegant menu system, which however isn't very intuitive to navigate.
All in all, I prefer Ratio, mostly because it is more polished. YMMV. Regardless of which one you choose, the puzzle is recommended for its elegant mechanics.

©2013 Nicola Salmoria. Unauthorized use and/or duplication without express and written permission is strictly prohibited. Excerpts and links may be used, provided that full and clear credit is given to Nicola Salmoria and nontrivialgames.blogspot.com with appropriate and specific direction to the original content.
Posted by Unknown at 11:41 PM