Review: Game About Squares for iPhone and iPad

Game About Squares by Andrey Shevchuk is, sadly, both an exceptionally good puzzle game, and another story of shameless cloning on the App Store. There are actually so many clones that it's almost impossible to find the official version using iTunes, so make sure to use the link above. 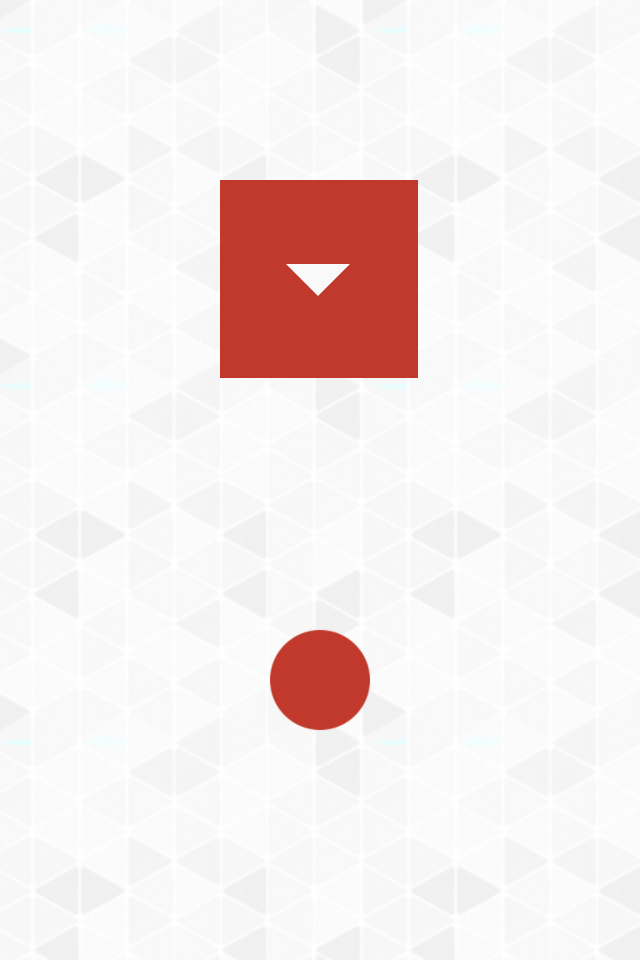 Born as a HTML5 app, it was online for some time without gaining much visibility. Interestingly, like 2048 before it, it seems to have become viral after it appeared on Hacker News. Immediately after that, after the week or so needed to pass Apple's review, the App Store was flooded with clones.

And for good reason! This is one of those rare cases of an idea brilliant in its simplicity, but at the same time capable of deep complexity.
Your goal is to bring each square over the dot of the same color. To move the squares, you just tap them, and they move by one step in the direction of the arrow. 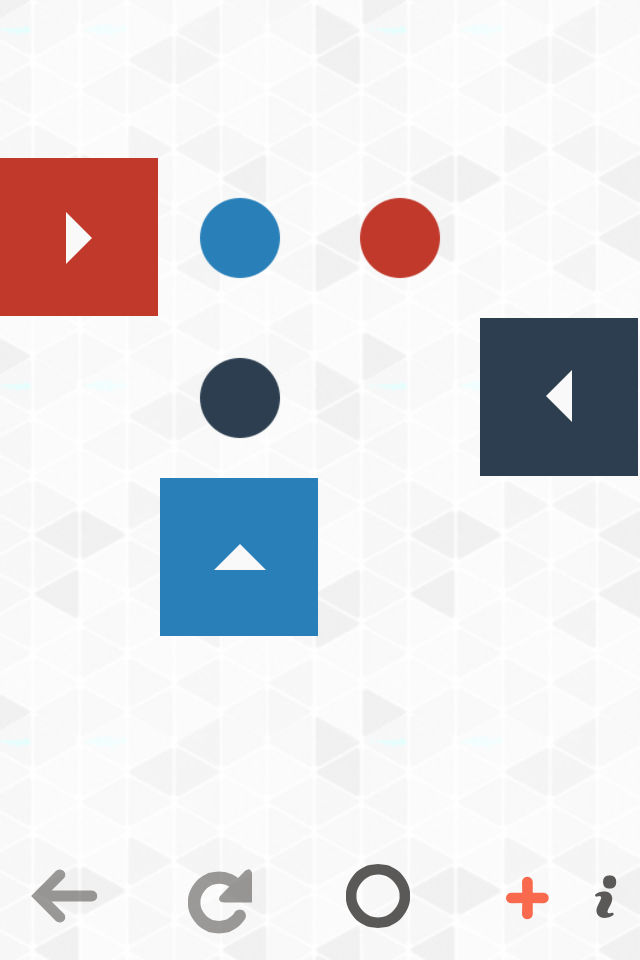 Of course the squares aren't always finely aligned like in the above case, so you'll have to nudge them in the right position, by pushing them with other squares. 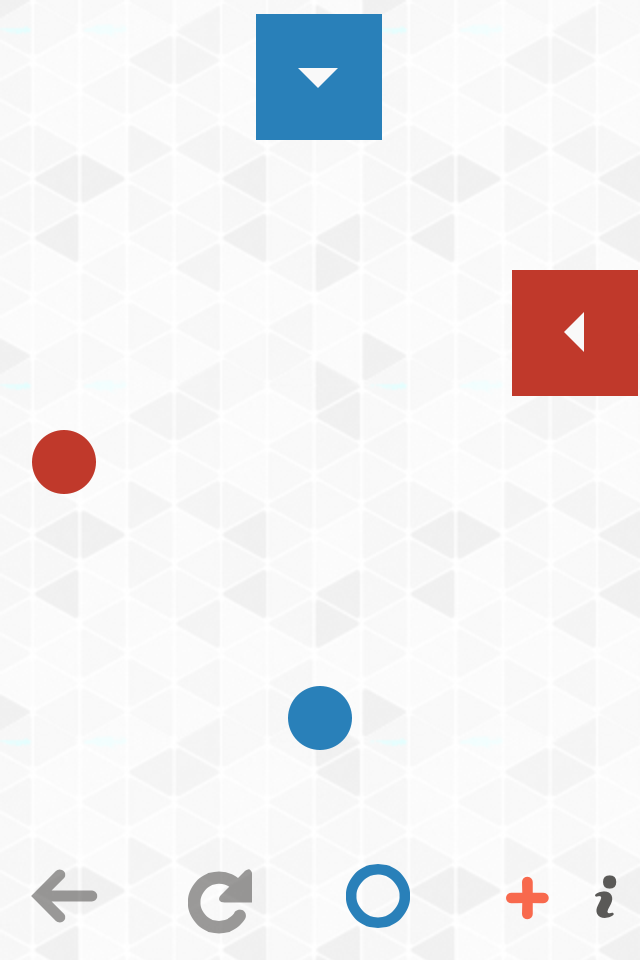 To add more dynamicity to the movement of the squares, the board can also contain some dark arrows. When a square goes over one of those arrows, its movement direction changes. This is somewhat reminiscent of another great game released this year, Perfect Paths. 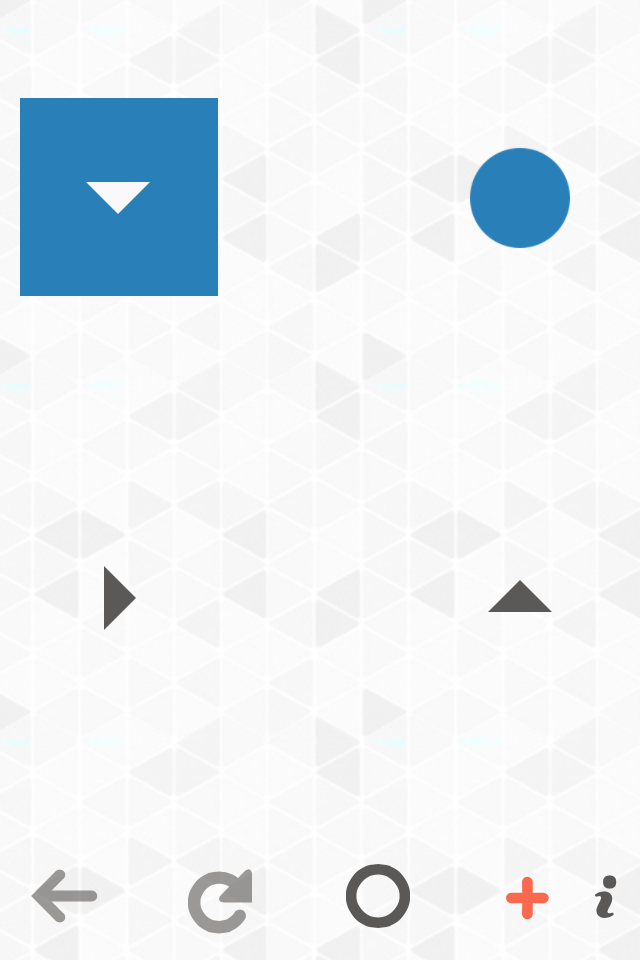 And that's all! There are no other mechanics added to the mix.

The game contains 36 puzzles, and be assured that it will keep your interest high until the end. The first few puzzles wonderfully teach the mechanics without need for any tutorial, then the puzzles start to get intriguingly simple and complex at the same time.
This is some of the best level design I've ever seen, and I think it is the final proof that to make a puzzle game varied you don't need to add a lot of different mechanics, but you just need good mechanics that can be pushed to their limits in different ways.

For example I got stuck for a while on this puzzle. The more I thought about it, the more it seemed to be impossible, until it eventually clicked. Think outside the box. 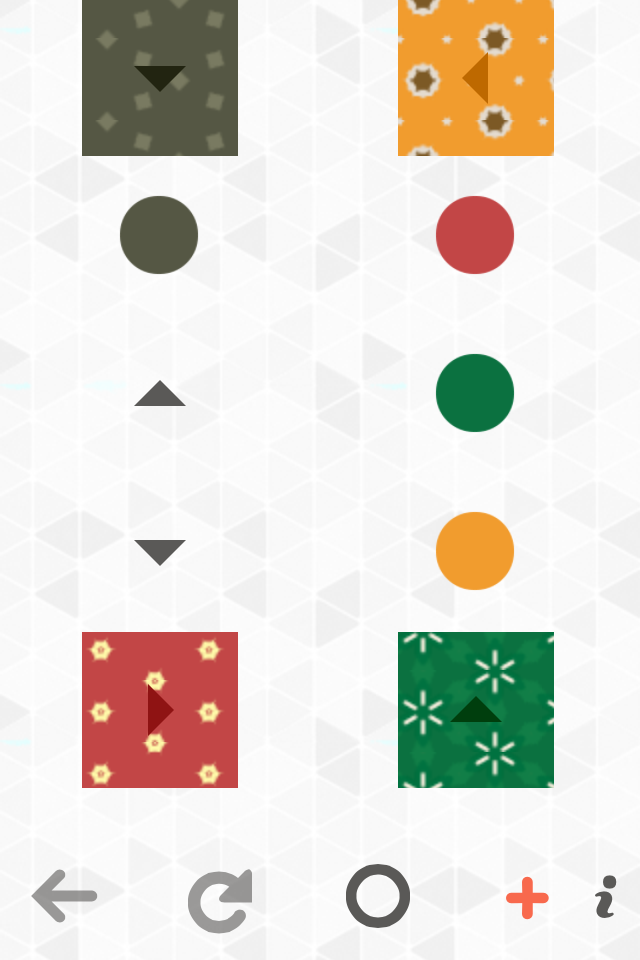 Inbetween the levels the author has added some jokes which made me smile a few times. Other people hated them.YMMV. Puzzled by the flowery dots in the above screenshot? You'll have to play the game to understand what's going on.

The user interface is minimalist and works perfectly. The only minor issue I had was that the app is simply a wrapper of the HTML5 game done using PhoneGap, so the frame rate is poor on older devices. But this isn't certainly the kind of game that requires 60fps to be enjoyed.

This is without a doubt one of the best puzzle games of 2014, and its author is smart and witty. I hope to see more from him in the near future.


©2014 Nicola Salmoria. Unauthorized use and/or duplication without express and written permission is strictly prohibited. Excerpts and links may be used, provided that full and clear credit is given to Nicola Salmoria and nontrivialgames.blogspot.com with appropriate and specific direction to the original content.
Posted by Unknown at 7:24 PM