A reader of this blog kindly wrote to let me know of a few good games that I hadn't reviewed yet.
I had seen one of them, AntiVirus (also free) by Kevlanche, among the new releases, but I had skipped it because from the screenshots it looked like a quick two days work. 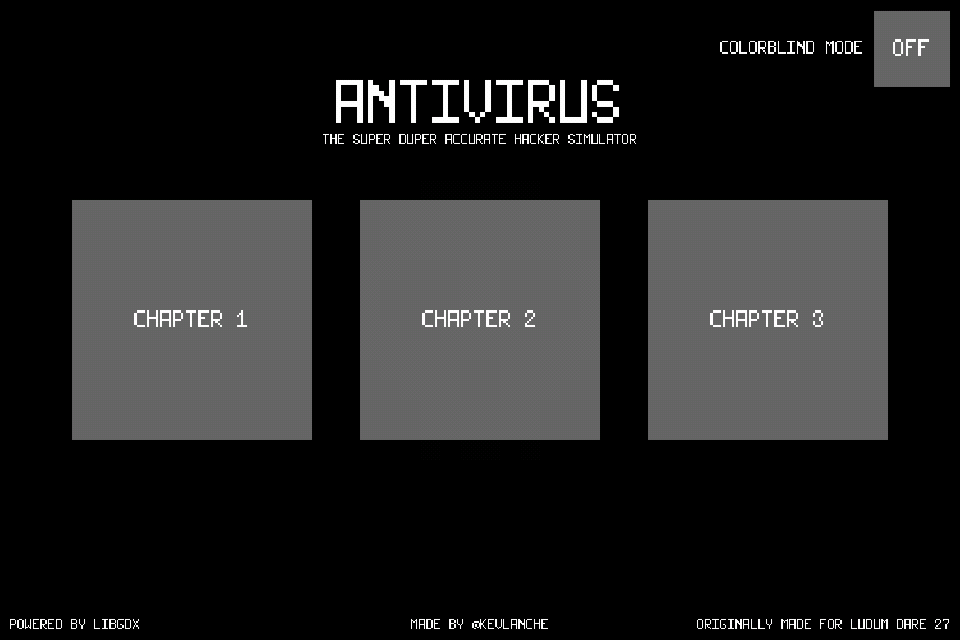 And it actually is! Because it was an entry in Ludum Dare 27 (it placed #47 out of 2213, so pretty good!). Ludum Dare is a competition where contestants are required to write a game from scratch in 48 hours.

If you are curious how a game can be written in 48 hours, there's an interesting timelapse video of how it was done.

AntiVirus is a clever twist on Sokoban. Your objective is to push all boxes onto the goal positions, but you don't control actions directly: instead, you have to create a script of no more than 10 moves. 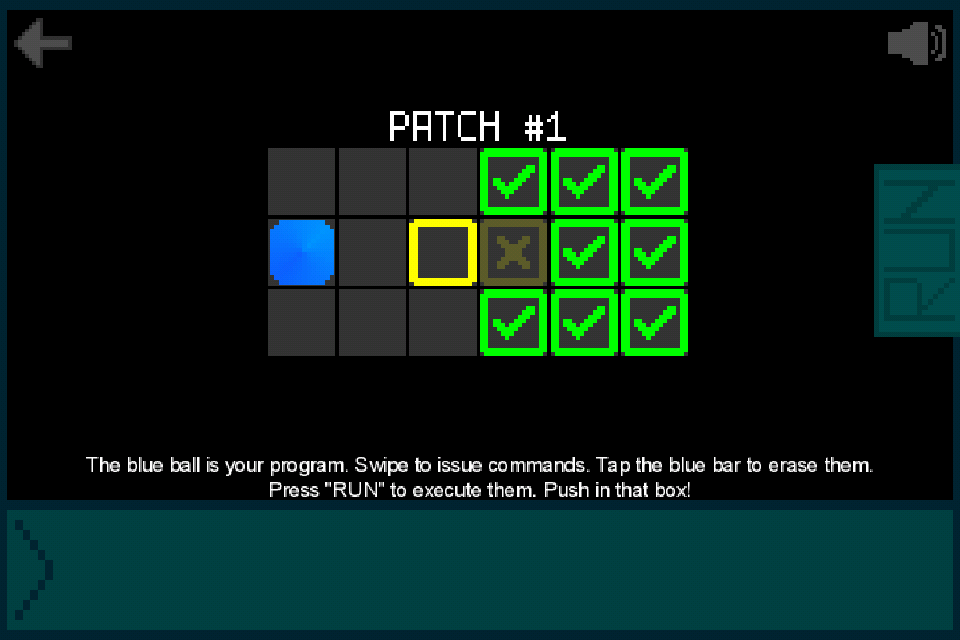 Of course there's the usual arrangement of impenetrable walls and blocks that you can push. 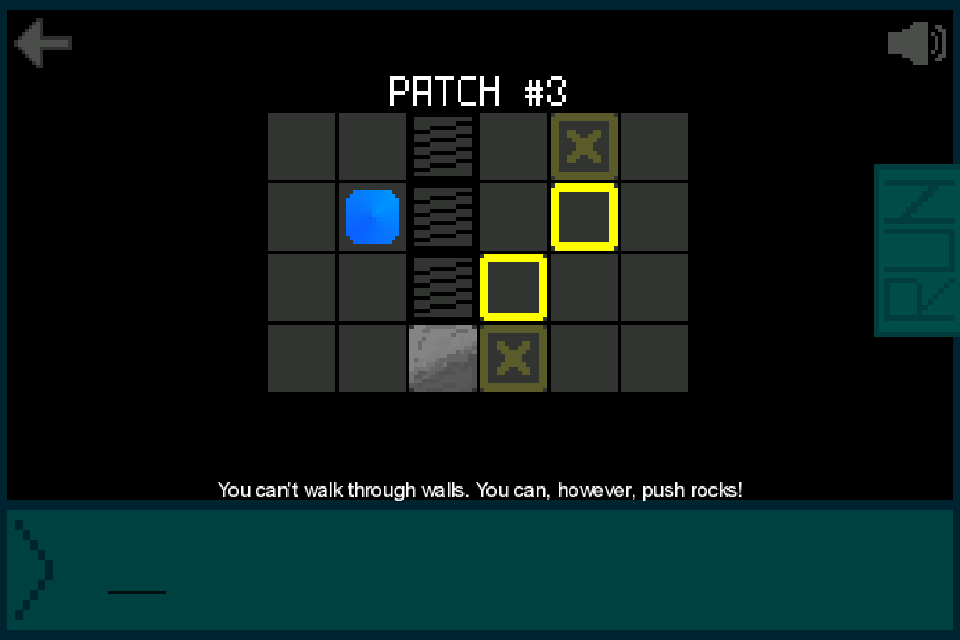 Note that this isn't a programming game in a broader sense, because there are no subroutines and you are strickly limited to those 10 simple commands. However, the need to pre-record the commands is not a gimnick either, because in many of the puzzles you control more than one blue ball, so you need to write multiple programs which have to be perfectly synchronized. 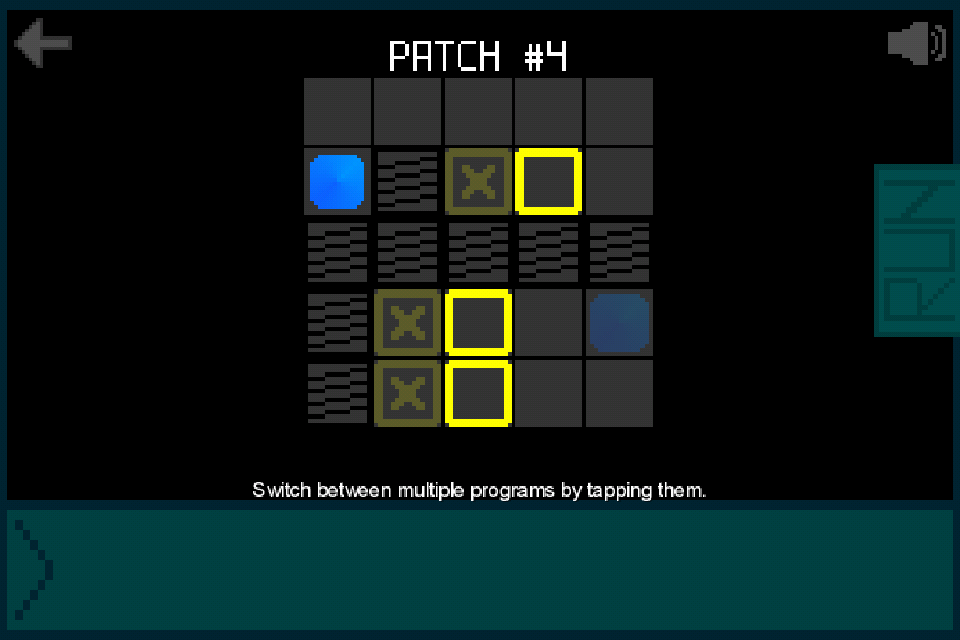 The only commands that you can execute are up, down, left, right, and wait. Wait is crucial for synchronization, but also wastes one precious command slot, so you'll want to use it as little as possible.

Additionally to the balls you control, there are also orange balls. They execute predetermined programs which cannot be changed. 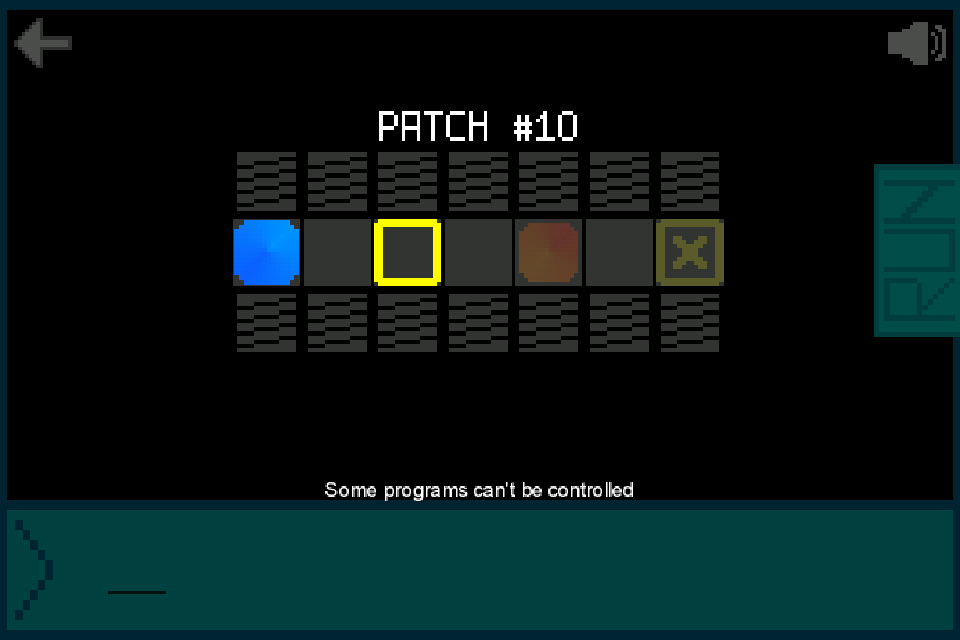 There are 60 puzzles, split across three chapters of 20 puzzles each; the puzzles in each chapter must be played in sequence, and you must solve at least 15 puzzles to unlock the next chapter.

I think that the game that took part in the Ludum Dare competition consisted of just the first chapter. The two additional chapters add several new mechanics which make the puzzles a lot more interesting.
HyperThreading cells give you more power so you move by two steps at once (and can jump over walls, for example): 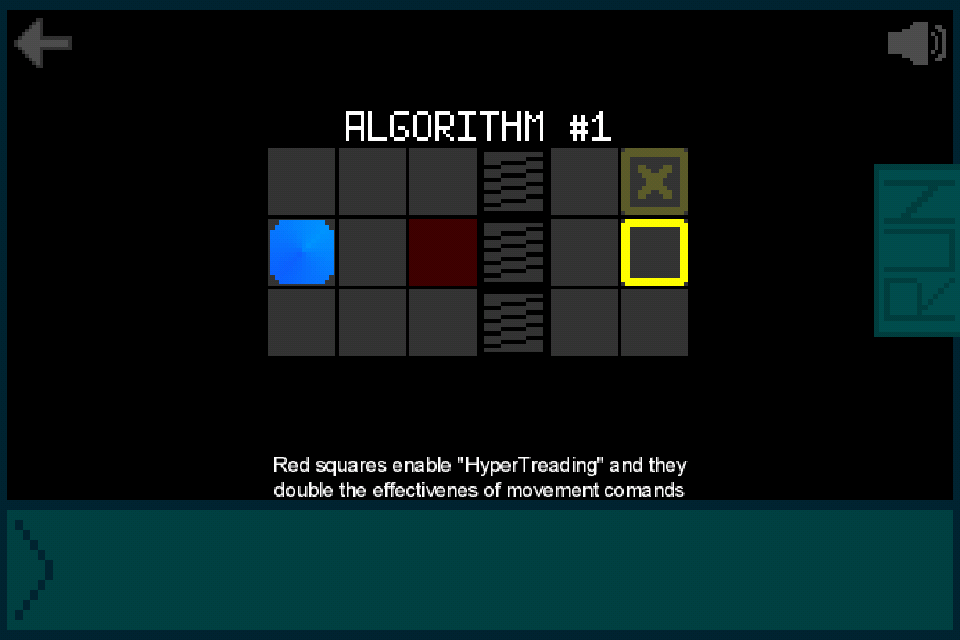 Ice cells keep objects moving in the same direction; if you step on them with your ball, this has the additional effect of making a command last more than one turn, so they also affect the synchronization of multiple programs. 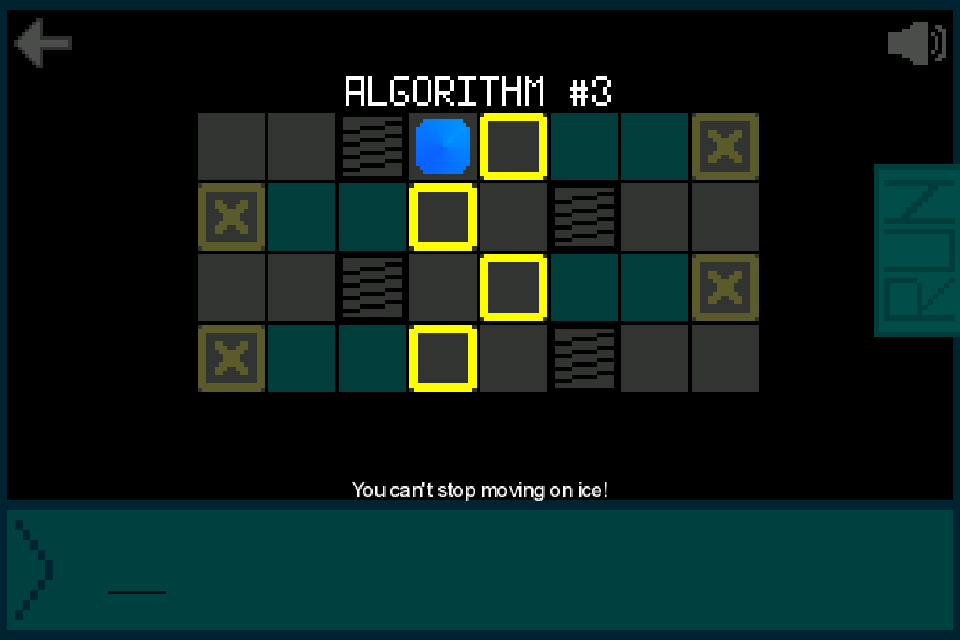 Clone cells create a duplicate of your program so that you will have two balls executing the same program, but in different positions and with different side effects. 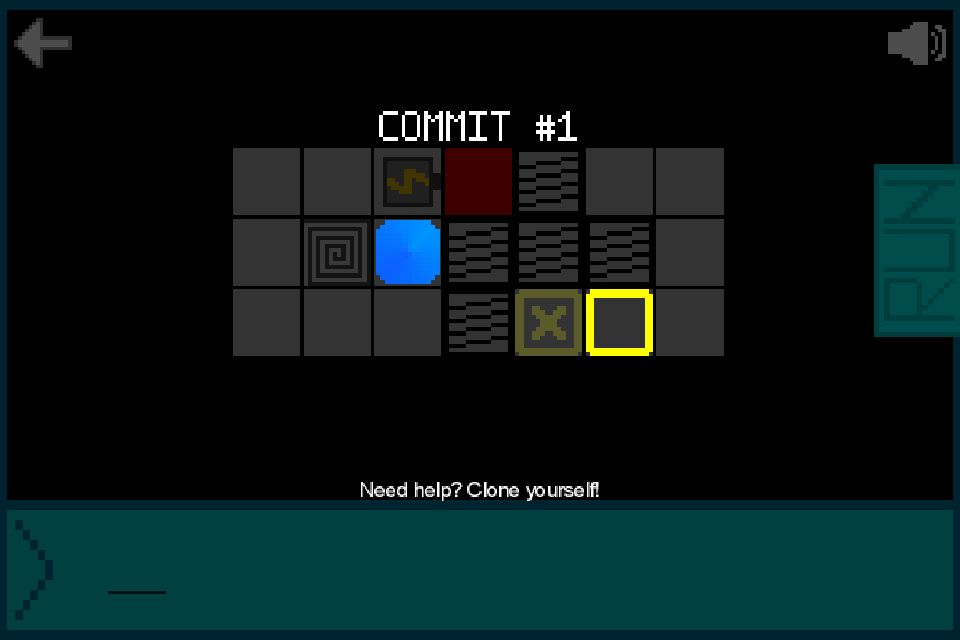 The puzzles are great: you often need to coordinate the movements of several objects, with perfect timing, and also make everything fit in just 10 commands. In some cases there are so many things going on at the same time that I missed a slow motion button.

Difficulty grows significantly throughout the game and the last puzzles of chapter 3 are pretty hard.

There are several delightful subtleties, for example normally if you hit another ball you would crash, but if two balls go towards each other at exactly the same time, instead of crashing they simply swap places.

The user interface works ok, but I didn't find it particuarly intuitive, and often entered incorrect commands by mistake. That might just be me.

The free version contains the full first chapter, but you want to try it first be warned that when you buy the full version you will have to start again from the beginning. I would go for the paid version right away, it's well worth the price.


©2014 Nicola Salmoria. Unauthorized use and/or duplication without express and written permission is strictly prohibited. Excerpts and links may be used, provided that full and clear credit is given to Nicola Salmoria and nontrivialgames.blogspot.com with appropriate and specific direction to the original content.
Posted by Unknown at 1:02 AM