Review: KAMI for iPhone and iPad

When I originally downloaded KAMI by State of Play Games, I wasn't particularly impressed so I left it aside for the time being. Maybe I'm in more of a zen mood now because I picked it up again and enjoyed it—though more for the presentation than for the puzzles themselves. 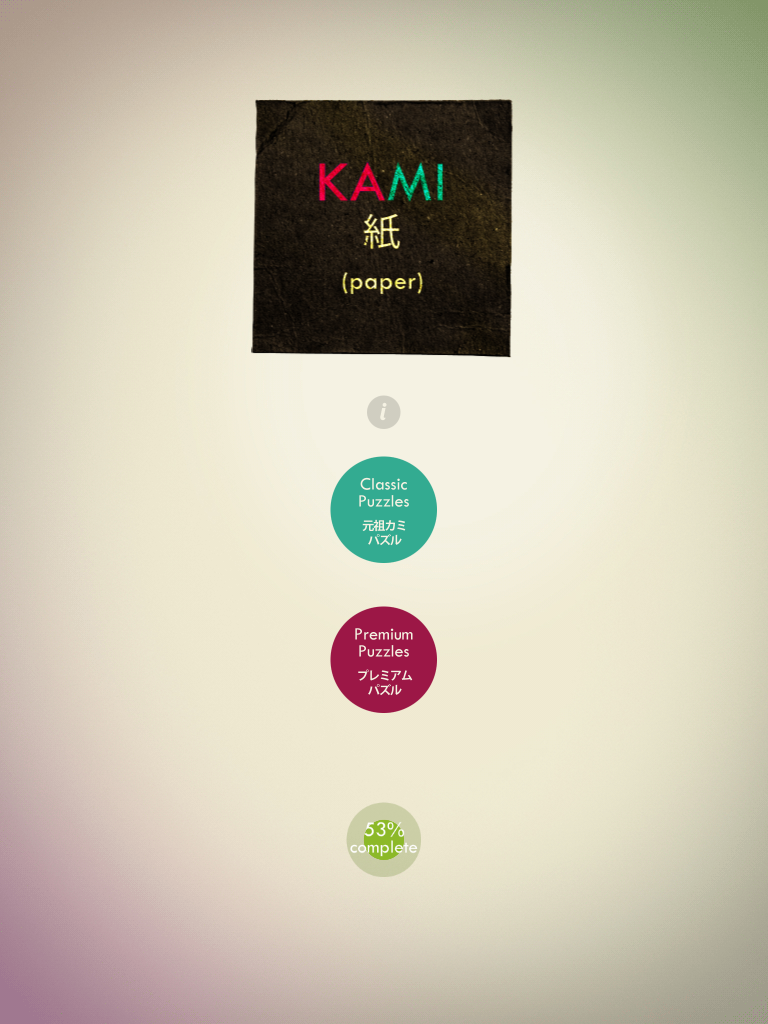 The presentation is indeed gorgeous, which isn't surprising if you think that State of Play are the people behind the critically acclaimed Lume. As any origami folder knows, kami means paper in Japanese, and that's the theme of the game.

The play area is a grid covered with colored squares of paper. Select a color on the right side of the screen, then tap any square and the paper will start folding and change to the color you selected. The goal is to make all the grid of a single color. 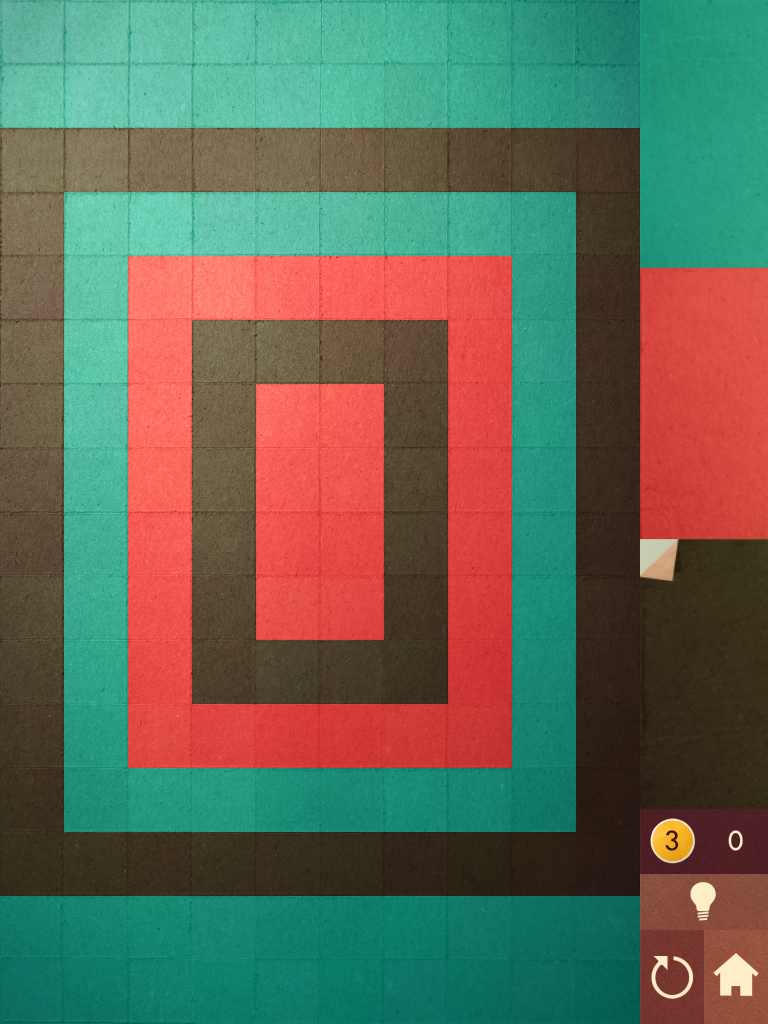 The animation is beautiful, and will go on until all the contiguous squares of the same color have changed to the new color.

The animation is also quite slow, and will take some time to complete. You can, however, do other moves before the previous ones finish, which makes the animations even more fascinating. Interestingly, unlike Puzzle Retreat, the moves interact in real time, so if you make two moves too close together (both in time and space) the end result might not be what you expected.

On the surface, the mechanics are similar to other games we have seen recently, like Shapes, but the fact that you have to decide both the color and where to apply it change things significantly.

If you were allowed to make an unlimited number of moves, all the puzzles would be trivial because you could just change every small area to the color of your liking. Your moves are therefore limited; if you match the optimal count you get a Perfect, if you go above you get an Ok, but if you make too many moves you Fail and have to try again.

The level design is curious because there are several puzzles which are very similar in shape, but the small differences require you to approach them differently. 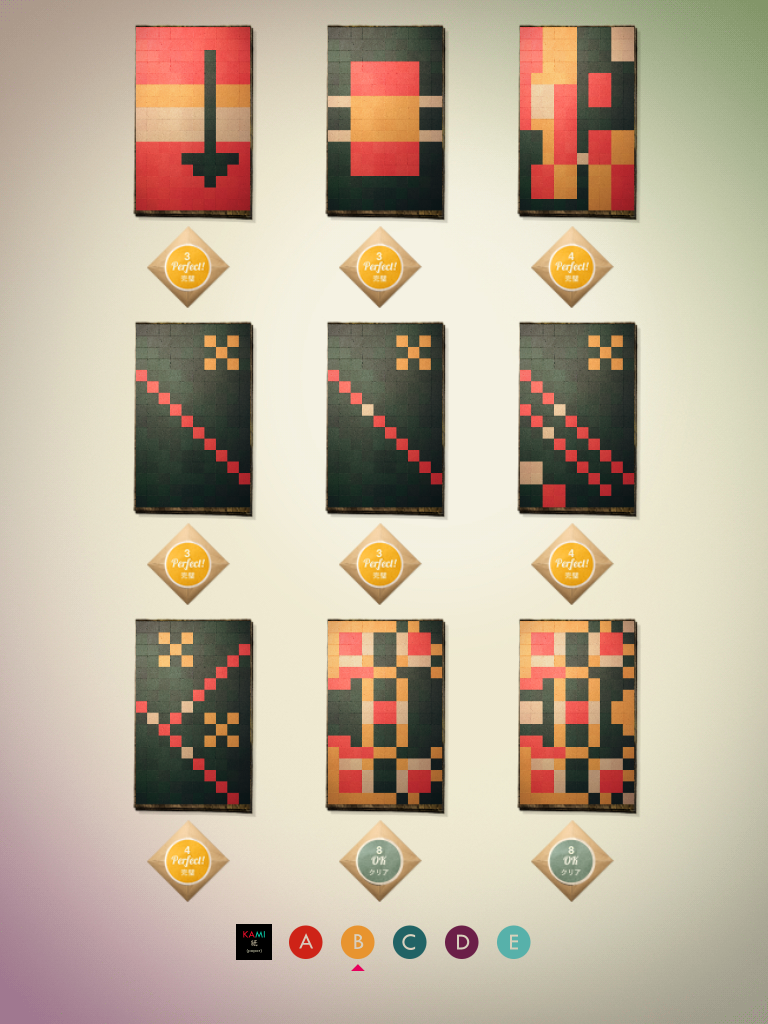 After buying the game, you get 45 puzzles divided in 5 packs. They aren't many and getting at least an Ok in all of them shouldn't take you long.
Getting all Perfects is a bit harder, and will require some serious planning. Sometimes the moves to make might be counterintuitive (like using the first move to change the color of a single square).

Some of the puzzles are certainly intricate. 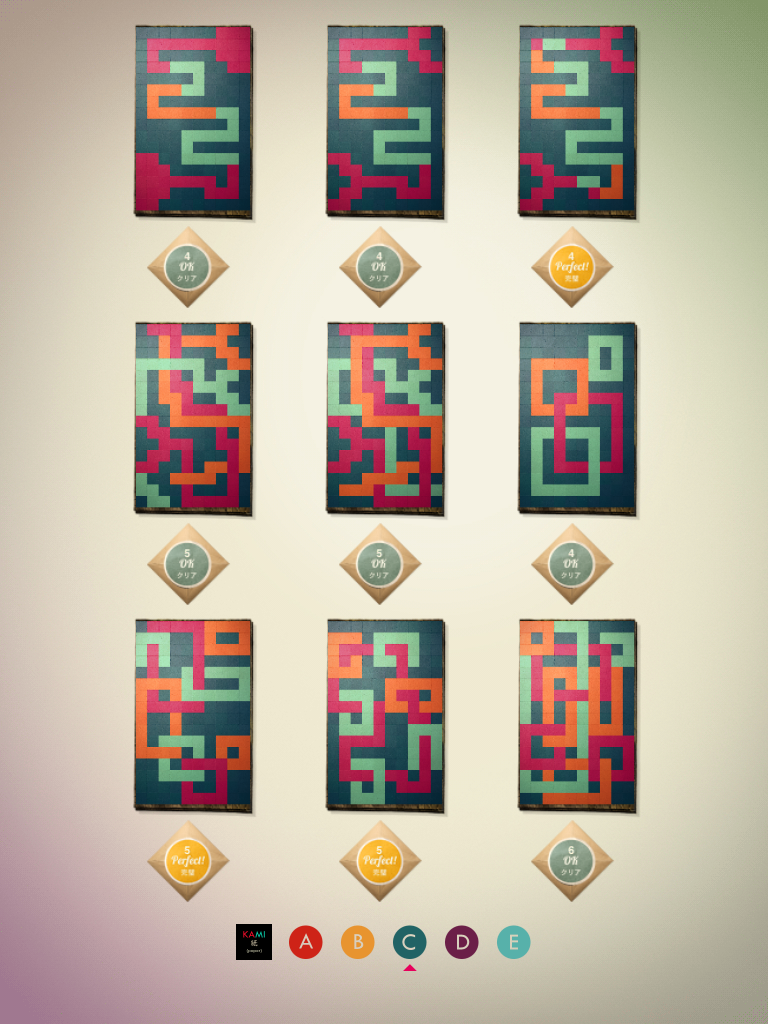 In addition to the 45 puzzles that come with the game, you can buy two extra packs of 9 puzzles, with two separte in-app purchases. One of them replaces colors with patterns and frankly looks like an uncalled for gimmick. 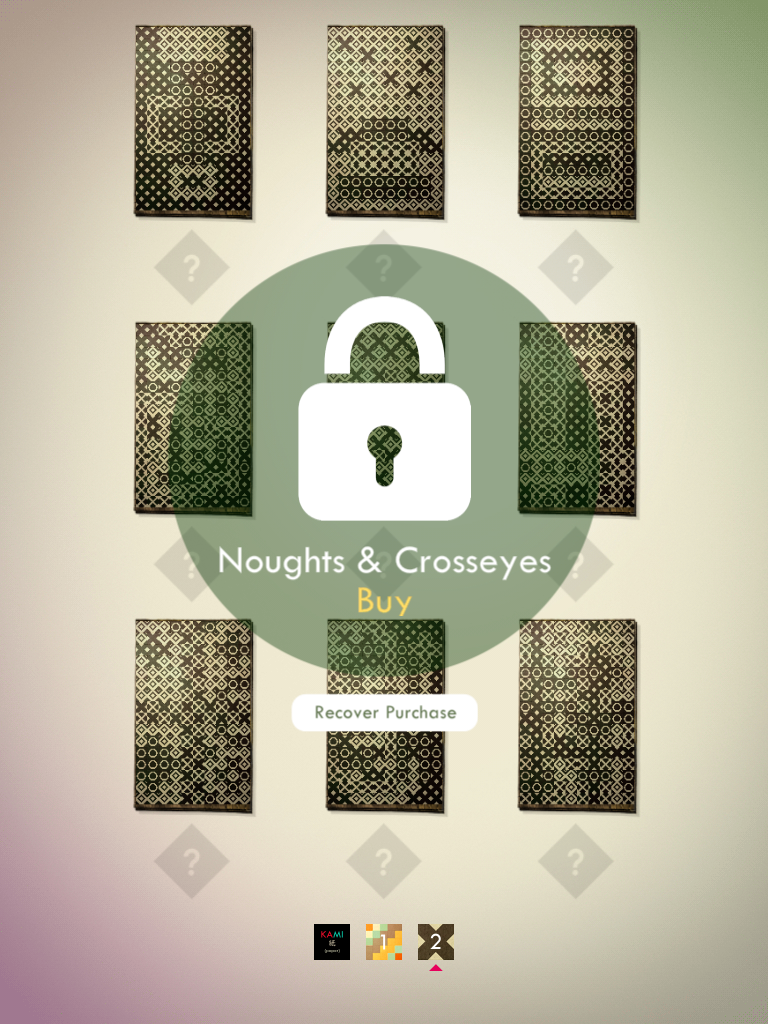 The user interface works well, but some animations (especially the ones at the end of a puzzle) are a bit too long and make the game feel slower than it already is.

The price to pay for the gorgeous graphics is that the game uses a lot of memory and is a bit sluggish and prone to crashes even on an iPad Mini. I solved the crashes by rebooting the device, but I couldn't get the game to work reliably on a 4th gen iPod Touch, so keep that in mind before buying; there are currently many negative reviews on the App Store because of the crashes.


©2014 Nicola Salmoria. Unauthorized use and/or duplication without express and written permission is strictly prohibited. Excerpts and links may be used, provided that full and clear credit is given to Nicola Salmoria and nontrivialgames.blogspot.com with appropriate and specific direction to the original content.
Posted by Unknown at 11:41 PM