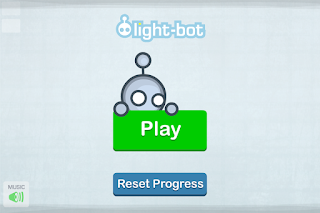 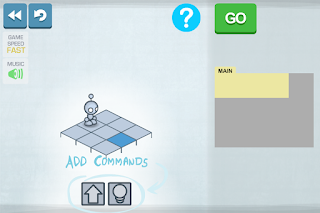 Email ThisBlogThis!Share to TwitterShare to FacebookShare to Pinterest
Labels: programming

Review: Stickets for iPhone and iPad

Match 3 puzzle games are a dime a dozen on the App Store. I don't find them particularly interesting, and usually stay well clear of them.
Stickets, however, is pretty darn good. It is highly original, exceptionally polished, and bloody hard. 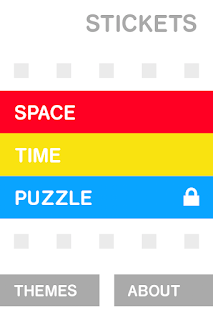 Stickets is the lastest game released by the Australian developer Wanderlands. One of their earlier creations is the brilliant Impasse, which is currently only available as a Flash game. Sadly, it is so good that it has been unofficially ported multiple times to iPhone, and I even reviewed one of those copycats a few weeks ago, not knowing that it wasn't an original game (don't look for that review now, I've removed it).

Gua-Le-Ni by the Italian developer Double Jungle is not the kind of puzzle game that I usually review (or play!) because it's more a game of speed and memory than of logic. However it is so bizarre and artistic that I thought it deserved a mention. 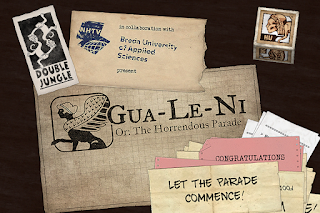 Originally released in 2011 for iPad only, it has recently been updated to support iPhone as well.
If you are wondering what Gua-Le-Ni actually means, it's just the name of the game's designer, Stefano Gualeni.

Essentially, the game consists of looking at monstrous creatures, composed of parts of various animals, and reconstruct their names by rotating and reordering the dice at the bottom of the screen.
For example, this creature has the head of a Rabbit and the body of a Condor, hence it is called a Rab-Dor. 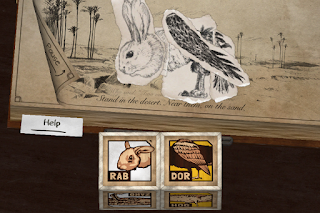 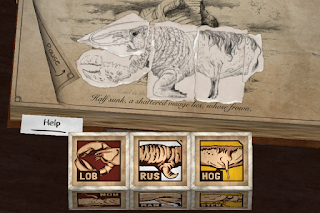 There are three game modes: in the two main ones, you need to compose the name of the creatures while they walk across the screen; if they walk out before you've finished, it's game over. There are also complications like feeding the creatures with their preferred food in order to slow them down.

The third game mode is totally different. It is called "Poetry", and it is accompanied by verses and illustrations of an odd poem. This mode requires memory rather than speed. Some creatures walk across the screen, and after the last one has left you have to compose the names of all of them. When you have to remember 3 creatures, each one 3 parts long, this starts getting difficult. Definitely a good training for memory.

Where the game really shines is presentation. Most of the user interface revolves around a book with realistically flipping pages and gorgeous hand drawn graphics. Sound is equally good, and the humorous voice acting fits the mood.

A selling point of the game is that biometrics were used to finely balance the difficulty curve, optimising its effect on the players. There's an article by Stefano Gualeni on Gamastura talking about this, and other articles can be found on his personal site.

If you are looking for a diversion from logic puzzles, this is surely a worthy one to look at.

Email ThisBlogThis!Share to TwitterShare to FacebookShare to Pinterest
Labels: memory

Fields by Kevin Langdon has just been updated and it addressed the criticism I made in my previous review. 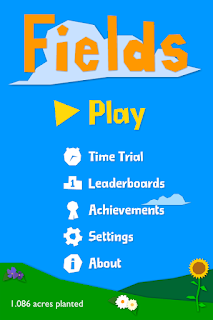 In its first release the game showed a lot of potential: the flower theme fits perfectly the mechanics of the puzzles. Unfortunately, I was disappointed that some puzzles didn't have a unique solution. I'm happy to see that this issue has been fully fixed in the update. 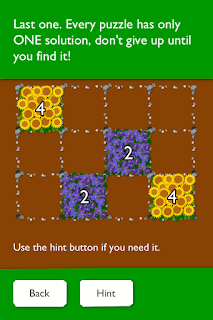 There are 100 new puzzles to solve, and two extra packs of 100 puzzles of size 4x5 and 5x6 that can be unlocked through in-app purchases. Hopefully more packs at larger sizes will be available in a future update.
Now that the puzzles have a unique solution, they are a joy to solve. I wish the user interface were just a bit smoother in the transitions, but apart from that the game is strongly recommended.

©2013 Nicola Salmoria. Unauthorized use and/or duplication without express and written permission is strictly prohibited. Excerpts and links may be used, provided that full and clear credit is given to Nicola Salmoria and nontrivialgames.blogspot.com with appropriate and specific direction to the original content.
Posted by Nicola at 7:36 PM 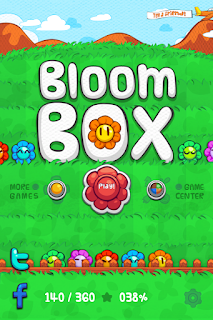 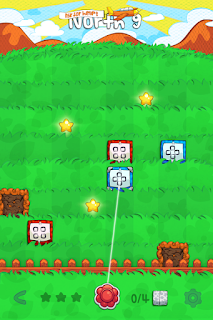 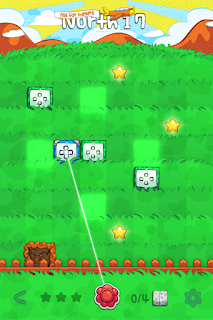 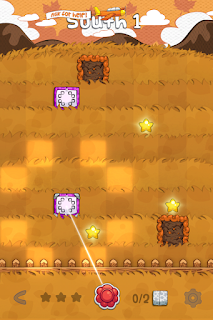 
©2013 Nicola Salmoria. Unauthorized use and/or duplication without express and written permission is strictly prohibited. Excerpts and links may be used, provided that full and clear credit is given to Nicola Salmoria and nontrivialgames.blogspot.com with appropriate and specific direction to the original content.
Posted by Nicola at 12:45 AM

Vaccine Case by Wataru Nakano is a puzzle game from Japan, based on truly brilliant mechanics and a perfectly fitting theme. 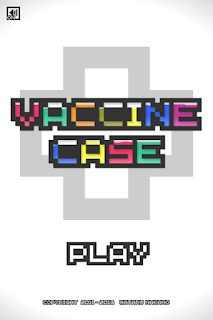 I suggest turning off the music. Otherwise it might get stuck in your head for all day :-)

The basic idea is this: you see the map of a lab. Some rooms contain viruses, other rooms contain antidote gas. When gas comes in contact with a virus of the same color, both disappear. The goal is to remove all viruses.
To play the game, you control doors. The basic type of door can only be opened. When you open a door, gas spreads as far as it can go and cannot be stopped. 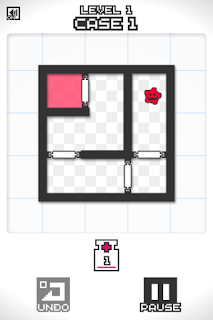 The most useful doors can be both opened and closed. This is important because, since when you kill a virus the gas you used disappears as well, you often need to seal some gas into a closed room to reuse it later. The room at the top of this level has that kind of door. 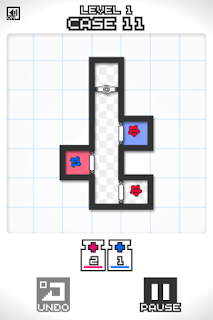 Another important limitation is that you cannot open a door if it separates two rooms containing gas of different colors. So in the example above, after opening the door on the left you wouldn't be able to open the door on the top right.

In a tradition common to other Japanese puzzles, many levels are shaped like animals, fruit, or other objects. This one is a jar. Also note that a few of the viruses have a shield surrounding them. This means that you have to hit them twice to kill them. 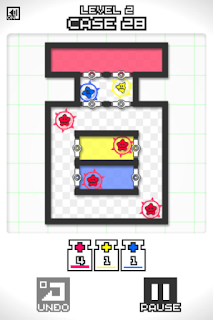 In some puzzles, there are also doors protected by a force field, which cannot be used until all viruses of that color have been killed. 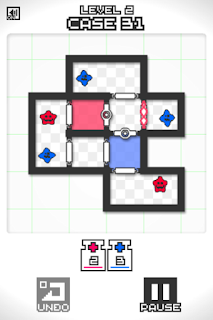 Finally, a puzzle game involving colors wouldn't be complete without a way to mix them. This is done using fans. Here you need to mix blue and yellow to get green. 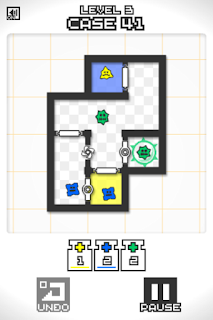 Fans can also be used simply to move gas from one room to another, as if you opened a door and immediately closed it again (which isn't possible with normal doors).

Solving these puzzles is enjoyable and requires finding the correct order that viruses need to be taken down while also allowing you to save some gas to kill the remaining ones. The solution often isn't unique, but in the hardest puzzles there is less freedom of choice.

There's a total of 100 puzzles, split across 5 difficulty levels. You start with 20 unlocked, and then every 10 puzzles solved, a new group of 10 is unlocked.
The puzzles vary in shape and size. The largest ones require precise touches on the iPhone's small screen, however if you make a mistake you can always use the undo button. 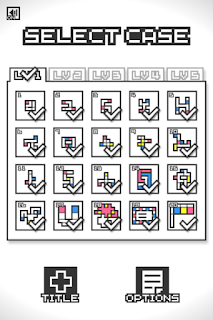 The price is currently $2.99, which I think is justified by the originality of the mechanics, however it dropped as low as $0.99 a few times since when the game was released in 2011.
If you want to try a free version first, there are actually two:
Vaccine Case LITE - 12 levels that show most of the mechanics of the full version.
Vacchine Case [headache] - 12 new, exceptionally hard levels. I solved only 1 of them!


©2013 Nicola Salmoria. Unauthorized use and/or duplication without express and written permission is strictly prohibited. Excerpts and links may be used, provided that full and clear credit is given to Nicola Salmoria and nontrivialgames.blogspot.com with appropriate and specific direction to the original content.
Posted by Nicola at 3:21 PM