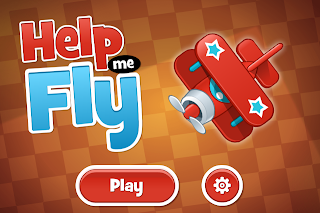 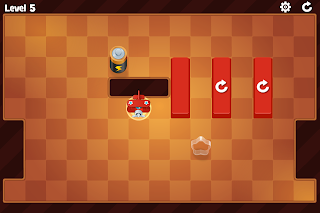 Normally the pieces can only be dragged around; the pieces with an arrow on them can also be rotated.

Finding a route to the plane is easy enough, but also connecting all the stars required me several attempts in many cases. The solutions are elusive, possibly also for psychological reasons. For example in the puzzle pictured above, laying down a path to either the star or the plane is trivial, but to connect both of them you always seem to be one cell short, until you figure out that you are approaching the puzzle from the wrong direction.

The game currently contains 60 puzzles, split across 4 worlds. More are promised in a future update.
While you can easily eadvance through a world by just finding the basic solution to each puzzle, to unlock the next world you do need to collect most of the stars.

The most interesting element introduced in later worlds is the energy wall. To turn off the wall, you need to connect the battery to a switch. 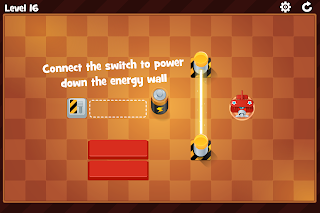 The nice twist is that in some cases the pieces cannot be just put in their correct position, because you need to open the wall first. So first you have to power up the switch, then rearrange the pieces while keeping the switch powered all the time.
Additionally, you don't necessarily have to open the wall to complete a puzzle. It's up to you to figure out whether you should use that extra piece to reach the switch or to find an alternate route around the wall.

Another element is the transmitter, which opens up new possibilities for different puzzles. 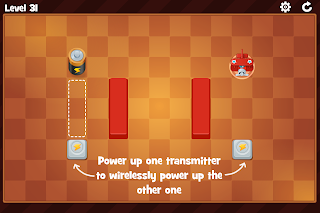 I found the user interface a bit unresponsive on a 4th gen iPod; also, the game occasionally crashed running out of memory. It should run better on more powerful devices. Even with those problems, I found the puzzles enjoyable and well worth the price of the game.


©2013 Nicola Salmoria. Unauthorized use and/or duplication without express and written permission is strictly prohibited. Excerpts and links may be used, provided that full and clear credit is given to Nicola Salmoria and nontrivialgames.blogspot.com with appropriate and specific direction to the original content.
Posted by Nicola at 4:06 PM