Often, puzzle collections aren't very good. I prefer games that are focused on doing a single thing in the best possible way.
Simon Tatham's Portable Puzzle Collection, however, is a different story. It is more than a classic: it's a piece of history. The "Portable" in the name doesn't refer to mobile devices, but rather to software portability. It was initially created in 2004, before the iPhone even existed, and initially it ran only on Unix and Windows. I used to play it 8 years ago, on a Palm Tungsten E2, using a stylus.

The portable collection consists of good logic puzzles, some well known, other less known, and it's still growing and being maintained. Currently it includes 36 different puzzles.

The collection was actually already present on the App Store, under various names, both as a whole and as single games; as far as I know, in most cases this was done without acknowledgements to Simon Tatham. At long last, Greg Hewgill has done a "legit" port of good quality. 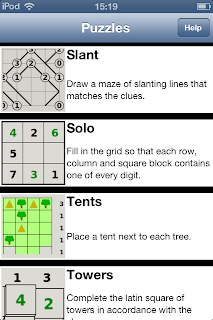 Some of the puzzle names are a bit odd, for example Sudoku is called Solo, Slitherlink is called Loopy, and so on. 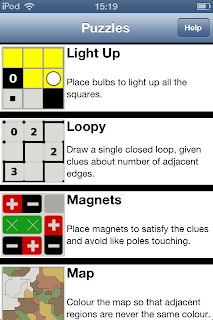 My favorite has always been Loopy. Over the years, it has evolved from standard Slitherlink, acquiring the ability to play on all kinds of non-square grids, for example Snub-Square: 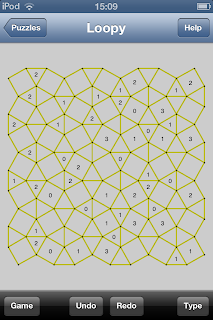 The beautiful thing about this collection is that all puzzles come with a range of predefined sizes, parameters, and difficulties, which can be quickly selected. 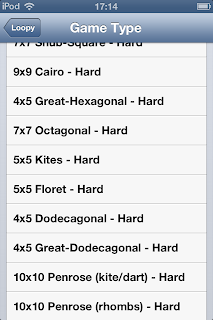 If the predefined settings aren't enough, there's a Custom option where you can set everything to your liking.
This incredible flexibility can be achieved because all the puzzles are randomly generated every time you play. This is often a weakness in logic puzzles, as I am convinced that the best puzzles can only derive from careful selection and cannot be generated on the fly. Still, this is a reasonable compromise in the scope of this collection. 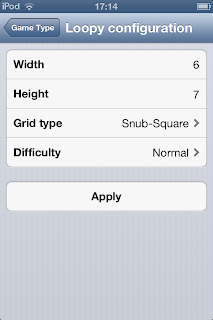 There are some small criticisms to make to this first version of the port to iPhone and iPad, which will hopefully be addressed in future updates.

Several puzzles give the ability to place crosses or other marks. When played on PC, that maps to the right mouse button, while on iPhone it has become a long press.
In puzzles where you need to place several exclusions in a row, like Loopy, this gets a bit tiring and slows down the solving process. This could be mitigated by using a toggle switch in the toolbar.

On iPhone, the puzzle selection list would probably work better if it used smaller thumbnails and shorter descriptions. Seeing just 4 lines at a time is a bit too little and requires a lot of scrolling to reach the puzzle you want to play. On iPad the puzzle list is a grid so it works much better. 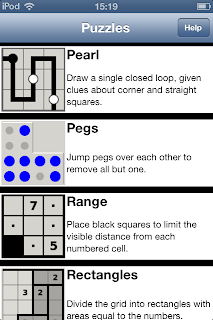 Finally, on iPhone, large puzzles are a hard to play and really need support for the pinch gesture to zoom. Again, this is less of a problem on iPad. 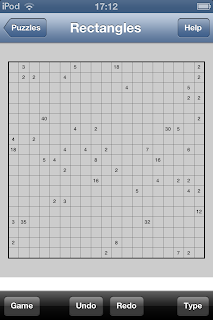 Good logic puzzles, lots of variety, free, no ads, no in-app purchases. It's a no-brainer to highly recommend this collection.


©2013 Nicola Salmoria. Unauthorized use and/or duplication without express and written permission is strictly prohibited. Excerpts and links may be used, provided that full and clear credit is given to Nicola Salmoria and nontrivialgames.blogspot.com with appropriate and specific direction to the original content.
Posted by Nicola at 11:58 PM