Slide Boxes by George Novozhenin is a good example of how the App Store can still provide some surprises from time to time, even if lately it seems to be completely flooded by clones of Flappy Bird and Flow Free. 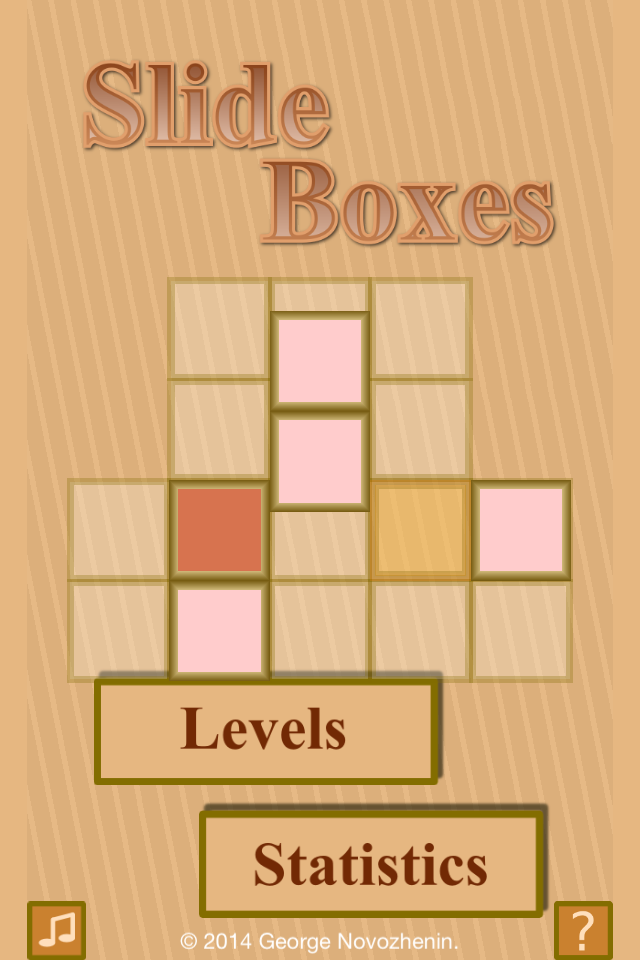 The game is a very clever twist on sliding block puzzles. In this case you don't slide single pieces, but whole lines at a time. There is so much free space on the boards that one would expect the puzzles to be simple to solve, but there's a catch.

The catch is that you can only slide lines that contain at least two pieces. So for example in the following position you can only move the second row and the second column; all the other lines contain only one piece and therefore are blocked. 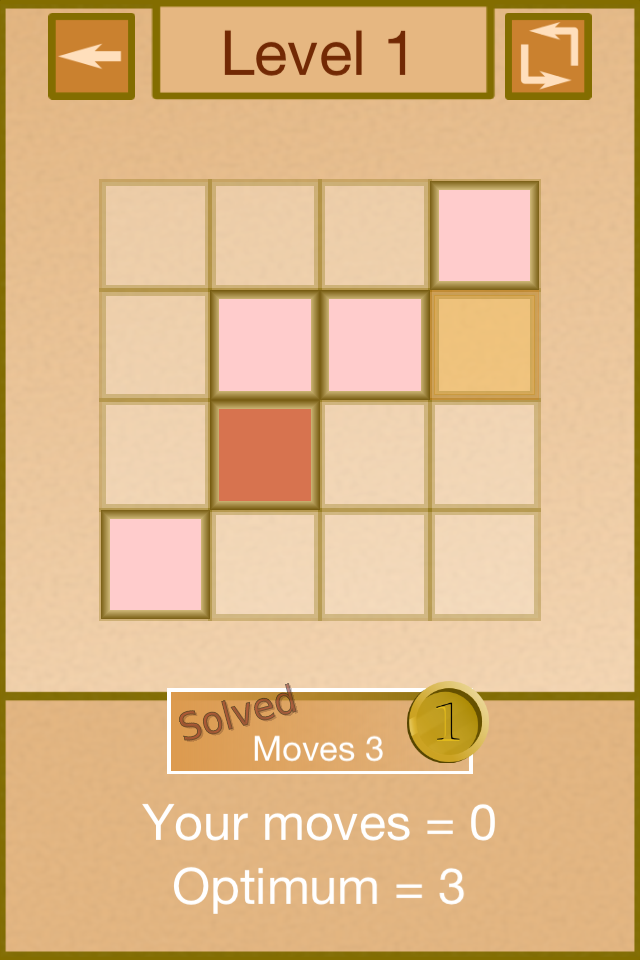 The goal is to bring the red piece over the brown square. I had never tried puzzles like these, and the novel rules proved to require all new strategies. After some practice, I learned the basic tricks and finding a solution became easy enough, though matching the optimal number of moves can be harder.

The game contains about 300 puzzles, which are all unlocked from the start. I think none of the puzzles is larger than 5x5, which is great.
They don't seem to be sorted in any particular order. While there are longer ones requiring up to 14 moves: 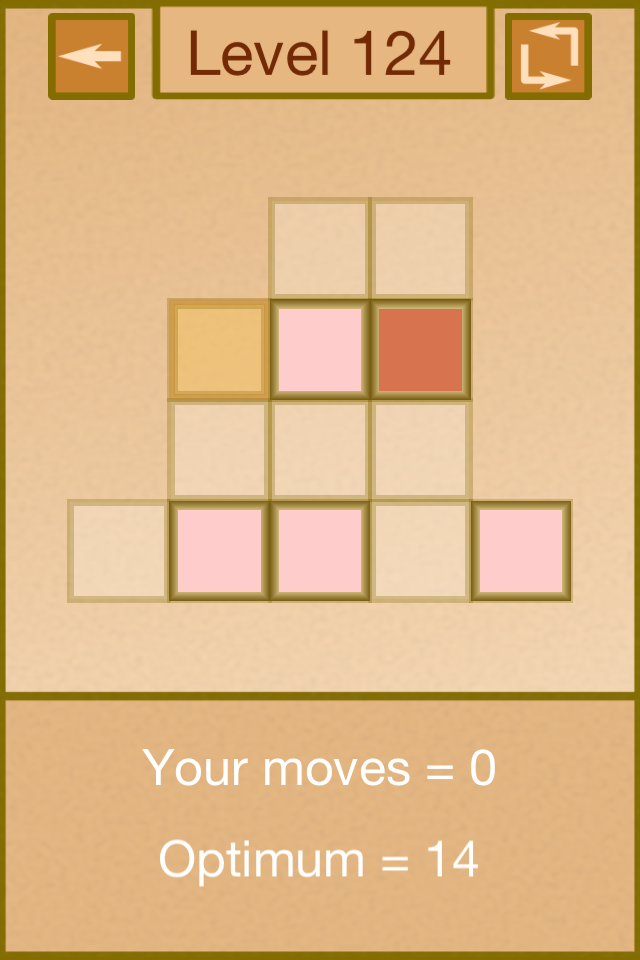 you still can find short ones near the end: 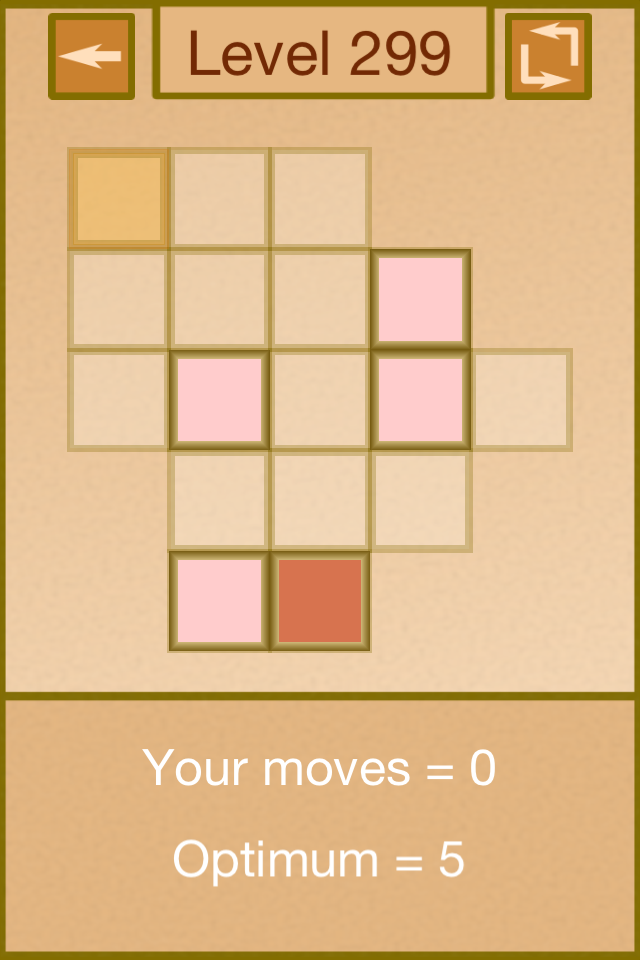 Of course the number of moves is not necessarily a good indication of difficulty, but I would expect 5 moves to be easier than 14.

The most obvious shortcoming of this game is the presentation: this is more a prototype than a fully polished game, and the graphics are particularly lackluster.

The controls are responsive, apart from the puzzle list which is not on par with the standard iPhone interface.
I think it could have been useful to give some visual feedback when the user attempts to move a line which is blocked.
A minor annoyance is that if you move one of the pink blocks over the goal it will conceal it completely. If you get distracted while playing, it's easy to lose track of where the goal was, so it can be simpler to just restart the puzzle than to move lines at random looking for it.

Despite the lack of polish, the novel mechanics are good enough to make this game worth the purchase.


©2014 Nicola Salmoria. Unauthorized use and/or duplication without express and written permission is strictly prohibited. Excerpts and links may be used, provided that full and clear credit is given to Nicola Salmoria and nontrivialgames.blogspot.com with appropriate and specific direction to the original content.
Posted by Nicola at 4:31 PM