Review: Where to Jump? for iPhone and iPad

Where to Jump? by the Slovakian Mirka Boženková is a hidden gem that didn't receive the attention it deserves. I had skipped it myself, and reconsidered it thanks to a tweet by Federico Prat Villar. So if you haven't done it already, follow me on Twitter and share your favorite games. 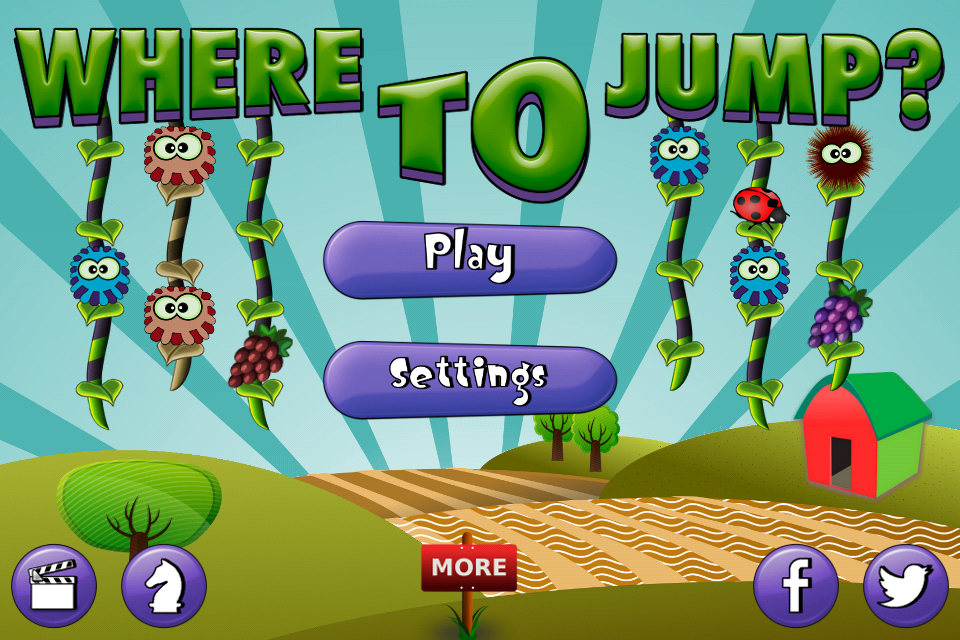 The graphics of this game probably look a bit cheesy, but the puzzle mechanics surely are interesting.

The play area is a group of vines, populated by round creatures and the occasional grape. When the leaves of two vines are at the same height, you can jump to the right (and only to the right). So for example, from this position you can only make the top creature jump. 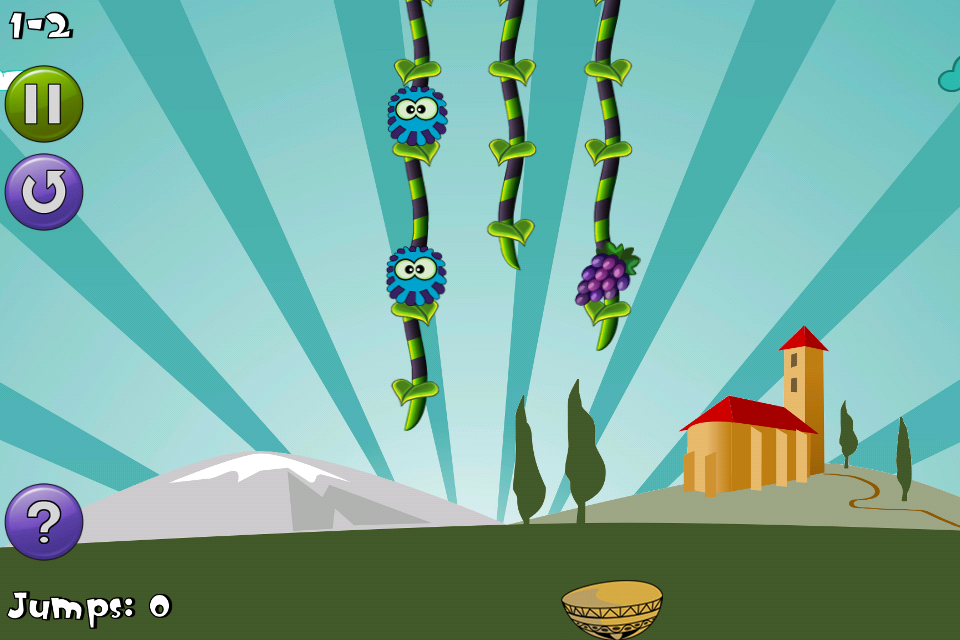 The neat thing is that the weight of the creatures pulls down the vines, so after you jump, the vine on the left moves up, and the center one moves down: 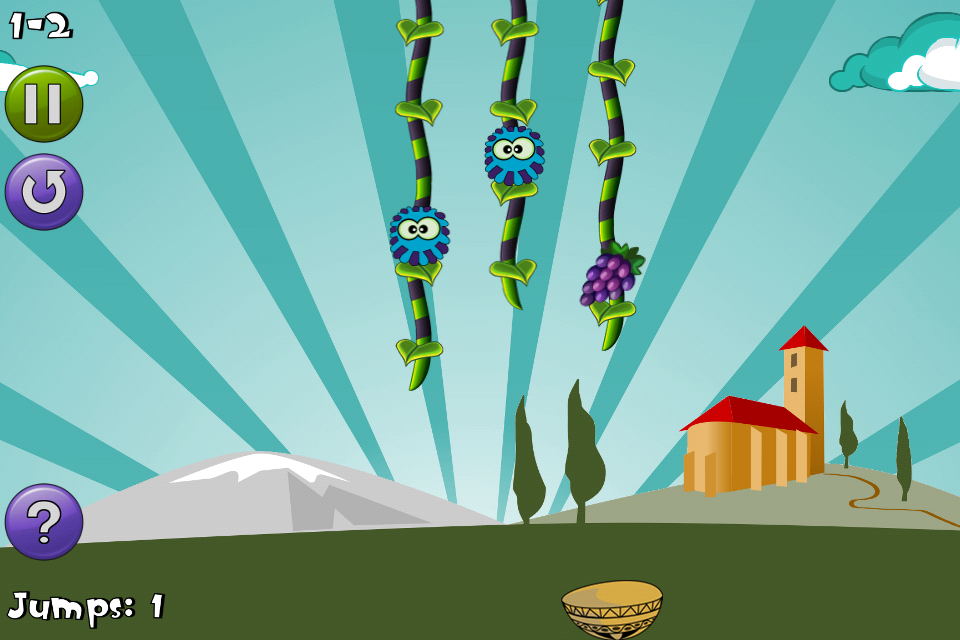 Your goal is to make a creature collect the grape. So you now need to jump with the left creature, which will again make the left vine go up, and the center one go down: 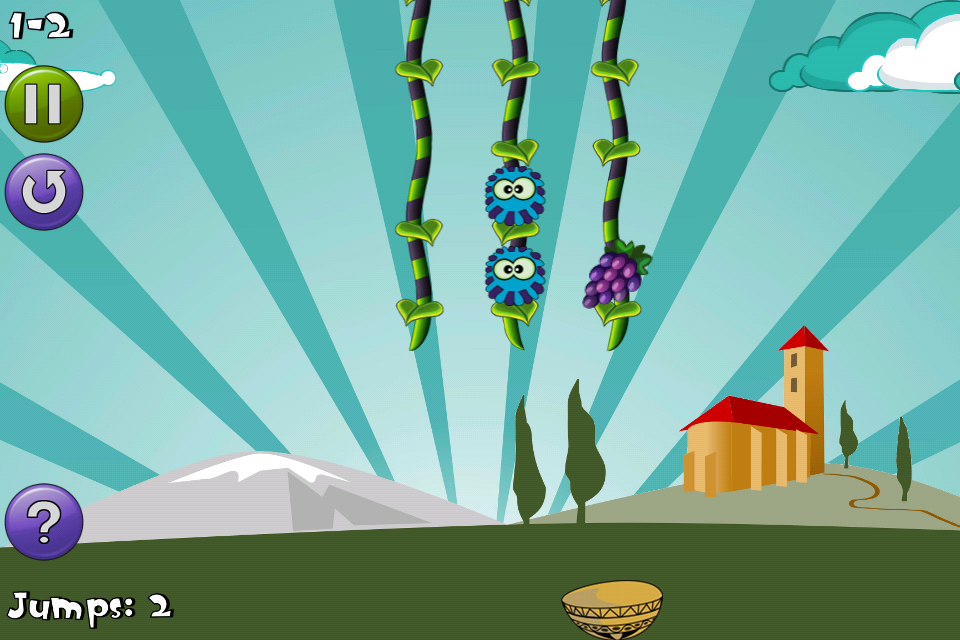 then jump again and complete the puzzle.

The movement rules made me think of Gray codes for some reason, though I don't think the similarity can help in solving the puzzles :-)

The puzzles actually start very, very easy, leaving very few options to choose from (in the example above, you can't make a mistake even if you wanted to), which made me wonder if the game wasn't too easy. Then I found a sudden difficulty spike in level 1-19, which took me many attempts despite its innocuous look (note: you can't see a grape in this shot. That's because it above the top of the screen, and you need to pull down the right vine to bring it into view). 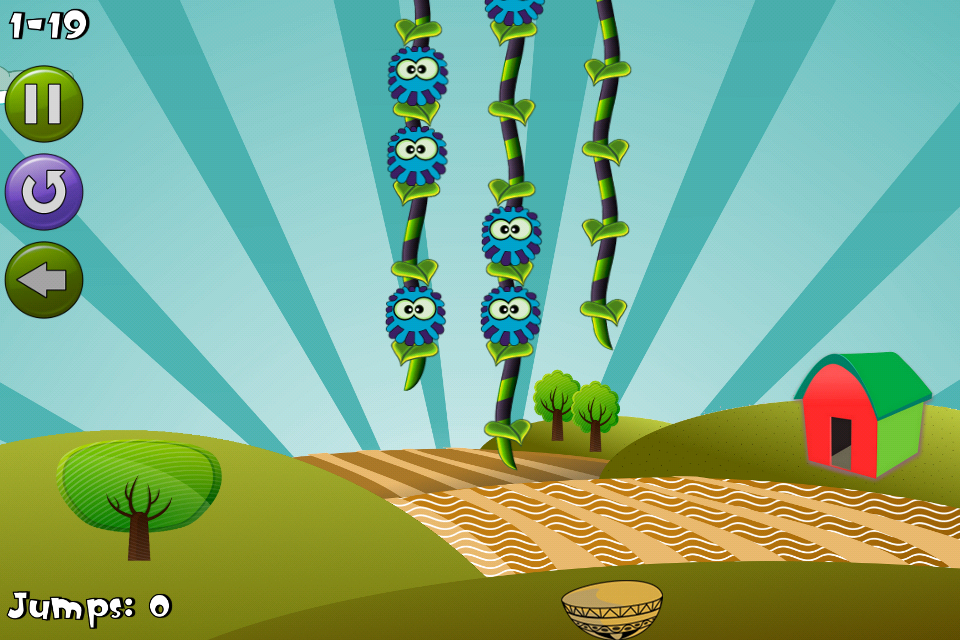 After level 19, there is just one more free puzzle; 230 more can be unlocked with a single in-app purchase.

A purchase which very few people made, from what I can see in the Game Center leaderboards. That's a real shame, because the game gets a lot more interesting after the fold. The complexity of the puzzles increases, and figuring out the right sequence of jumps can take some time and thought.

As is often the case with sequential movement puzzles, finding the solution (which is not necessarily unique) is more a matter of trial and error (and memory!) than logic. Thanks to the clever mechanics, however, this kind of trial and error is actually pretty fun.
Interestingly, after I got used to the mechanics I found it a lot easier to predict the outcome of my moves, and developed an instinct for which path should be the right one. The wonderful thing is that my instinct would often be totally wrong, because the solution required some counterintuitive move.

In later puzzles, the game adds new elements, like ladybugs and hedgehogs: 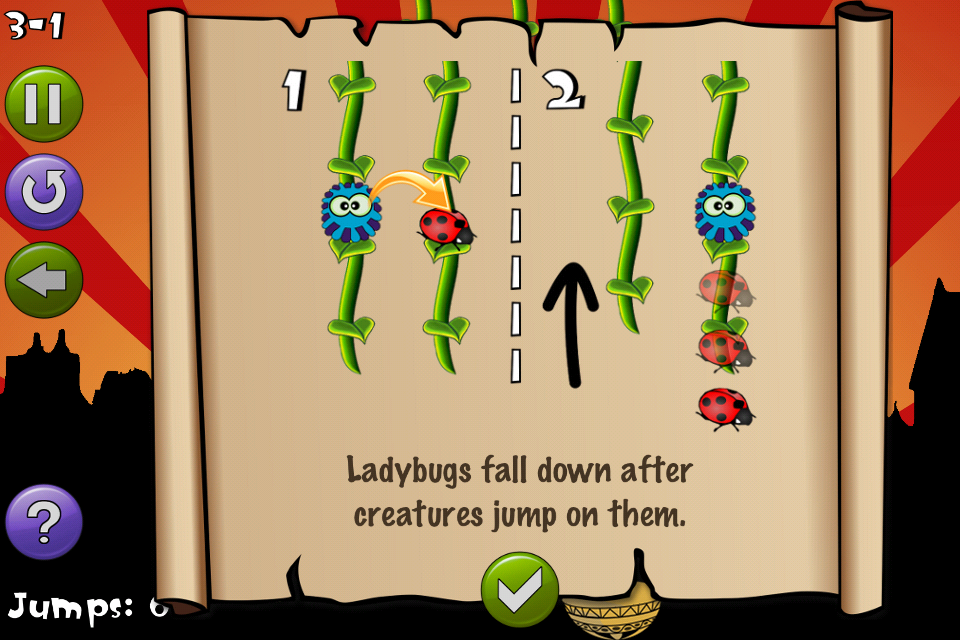 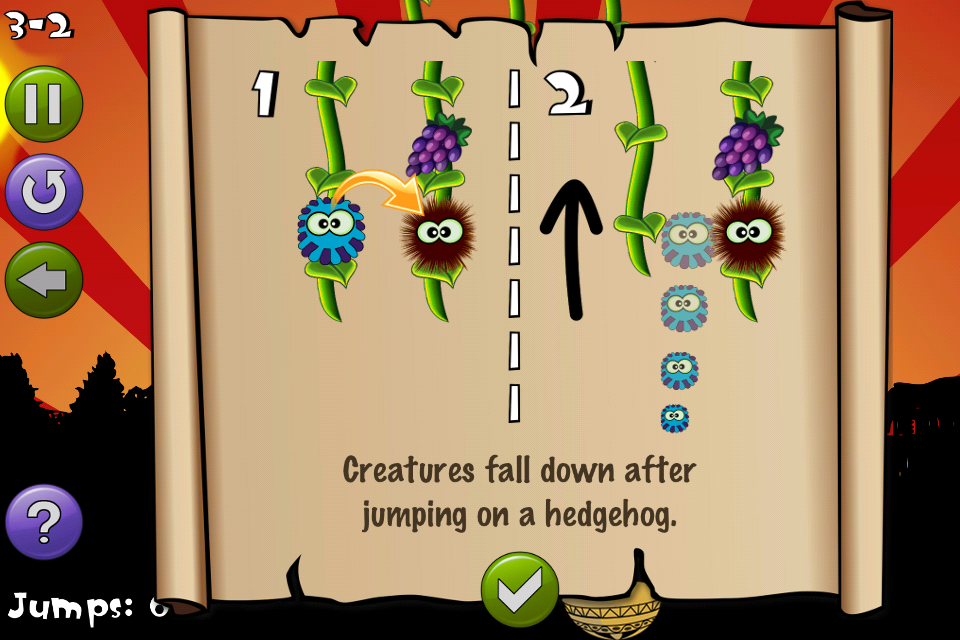 And red creatures, which weigh twice as much as the blue ones, and therefore make the vines move twice as much. And they only eat grapes of their color too! 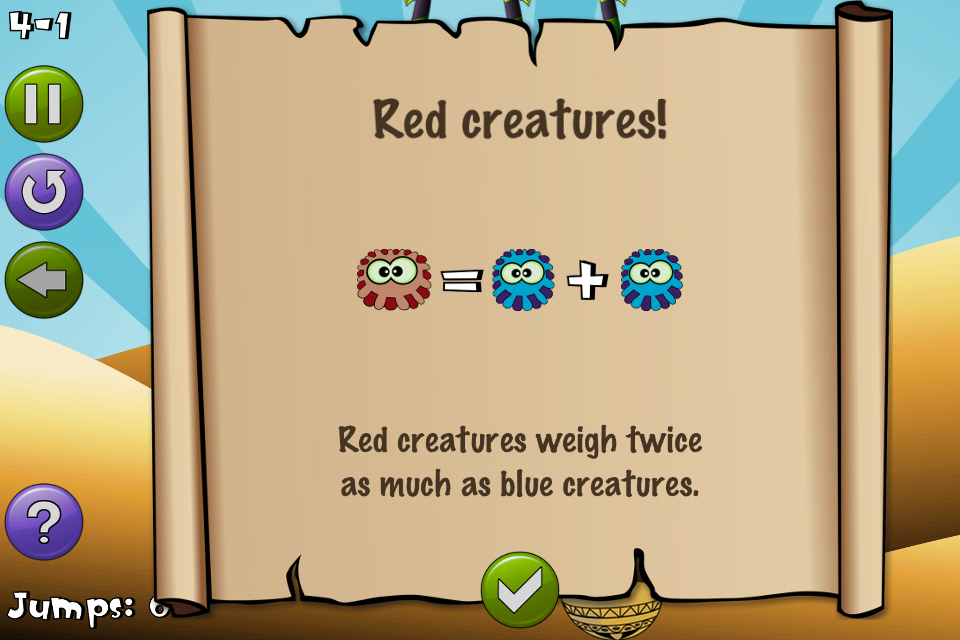 Definitely try out this game, and I'd certainly recommend to unlock all the puzzles. I played for over an hour this afternoon waiting at the doctor's office, and I only solved 1/4th of the puzzles, so I surely got my money's worth.


©2014 Nicola Salmoria. Unauthorized use and/or duplication without express and written permission is strictly prohibited. Excerpts and links may be used, provided that full and clear credit is given to Nicola Salmoria and nontrivialgames.blogspot.com with appropriate and specific direction to the original content.
Posted by Nicola at 11:58 PM